OUR CD " TRANSMISSIONS" IS AVAILABLE ON ALL MEDIA OULETS! 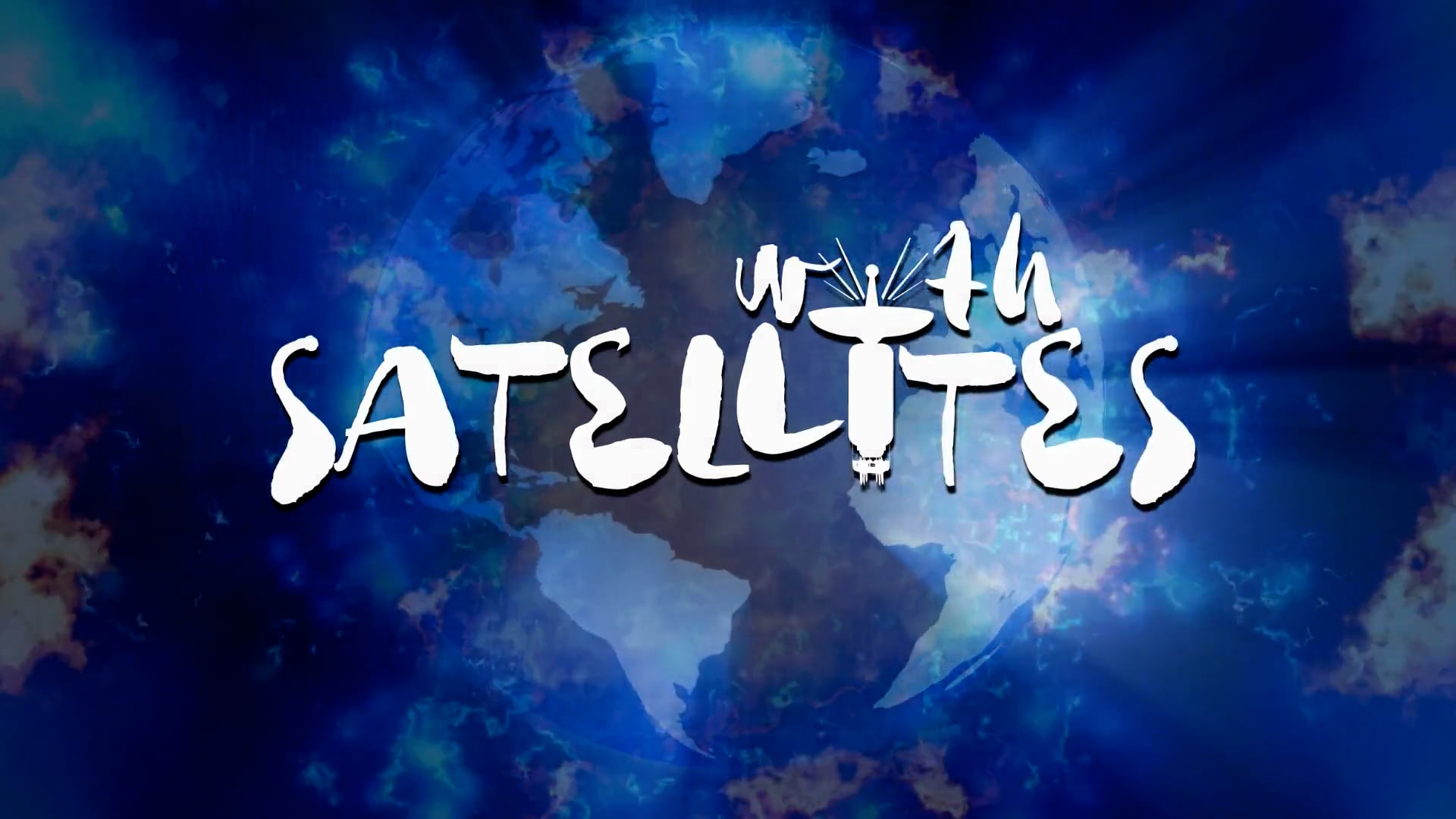 And a big show announcement to go with it.

The big day may have come and gone, but keep in touch as we’re always up to something new and exciting.

Sign up to get early access to tickets and upcoming shows, events, and more. Be the first in line for everything.

With Satellites – “Transmissions” is majestically powerful but never overwhelming
Posted By: Jacob AidenPosted date: May 23, 2022

With Satellites is a rock band formed in 2018 from Frederick, Maryland (USA). Consisting of Dan Dennison (Drums and Vocals), Scott Gianforte (Vocals and Guitar), Edmund Brown (Bass and Vocals) and Ronnie Barrett (Guitar and Vocals), the band released their debut studio album “Transmissions” in October 2021. Produced in Baltimore at Rome Audio by Scott Gianforte and Jerome Maffeo of Jimmy’s Chicken Shack, the 11-track album is available on all media outlets and published by Rayne Music Group. If we are to judge With Satellites by the company they keep, then the band is sitting pretty, as they have already been direct support for several national acts, including Blind Melon, Winger, Slaughter, George Lynch, Trapt, Any Given Sin, Corey Clover, Cowboy Mouth, Faster Pussycat and many more.On “Transmissions”, With Satellites craft melodic-tinged, arena-ready rock, with a captivating aura as their emotionally-rich tones are thick with both sonic power and technical prowess that emerges in a tangle of shimmering guitars, banging rhythms and soaring vocals.


Often on gentler songs, their melodic charm transcends their grit and drive. This is a clear demonstration of the band’s songwriting and performing maturity, which allows their sound to translate to wide plateau of listeners within the vast rock canon.


The album’s opening track, “Paralyzed”, is an immediate and brilliant display of With Satellites artistic status, rolling out all of their distinguishing characteristics – a driving rhythm, uplifting chord progressions and tons of ear-warming melody, wrapped up in crunch-filled grit.


“Just Another Sad Song” launches with a chugging rhythm, slapping drums, and some crafty storytelling, laced with irresistible choruses. The band uses the wisdom gained from live experiences to make the best of all their performance strengths.Daughter” digs deep into the band’s expansive stylistic templates, and Scott Gianforte’s singer-songwriter roots for a sonic expression that is powerfully engaging. “No Hope” explodes out of the blocks with fiery guitars and Gianforte’s vocals shooting into blistering overdrive. It’s a showcase of constantly generating energy that is as ambitious as it is adaptable to any ebb and flow.


With Satellites embraces distortion and high intensity as the cornerstone for relentlessly dynamic soundscapes, just as effortlessly as they deal with melody, harmony and organic warmth in their arrangements.


Those aforementioned traits can easily be heard in both “Money” and “Feels Like Home”. The latter infused with subtle, heartfelt Americana flavors, proving just how expansive and versatile With Satellites can be. The band seizes their musical maturity in moments of simple sonic evolution.


On “Believe” they slide into Heartland Rock territory and then slip into a swampy bluesy groove on “Did What You Did”, before emerging triumphant on the energized soar of “Let It Rain”.
With Satellites’ instrumental and vocal clarity, as well as the consistent production are the finishing touches on an album which is structurally and stylistically sound. The racy “Broken” and the contrasting slow burn of the album closer “Their Bones”, are perhaps the best examples of these combined qualities.


The band’s instrumental capabilities lend boundless depth to these songs, while the vocals add a relentless emotional and ear-warming force. All of which is underscored by a production aesthetic that is majestically powerful but never overwhelming.


All throughout “Transmissions”, With Satellites are relentless in their musical ambition and lyrical pursuits, and ever vigilant in their performance and production. That’s how they craft an impeccable album. With Satellites has also been selected to open for Ally Venable on July 29th at Zen West in Baltimore MD. The band plan to return to the studio in the fall of 2022 to begin recording their second full-length album. - Jamsphere Magazine

available on all media outlets

With singles " Just Another Sad Song", "Paralyzed", "No Hope" and more.

Tell your favorite radio stations to play With Satellites

There's much to see here. So, take your time, look around, and learn all there is to know about us. We hope you enjoy our site!

With Satellites is an original rock band from Frederick MD.

With front man, and singer songwriter Scott Gianforte, With Satellites has made quite a name for themselves. This band packs a punch with their live show and huge harmony vocals. In just a few years they have been a supporting act for, Any Given Sin, Blind Melon, Winger, Lynch Mob, Slaughter, Cowboy Mouth, Trapt, Corey Glover, Bang Tango, Faster Pussycat, Ally Venable, and many more. With Satellites released their first full length album "TRANSMISSIONS" in October 2021 and continues to surprise audiences show after show. This will soon be the go-to band for agents and promoters, so get on the bus now.

You can find our music on all media outlets, and we look forward to seeing you at the next show!

With Satellites and ALLY Venuble at ZEN WEST, Baltimore Md.

With Satellites and ALLY Venuble at ZEN WEST, Baltimore Md.

WITH SATELLITes at ZEN WEST

WITH SATELLITes at ZEN WEST

WITH SATELLITes at CAFE 611, Frederick Md

WITH SATELLITes at CAFE 611, Frederick Md

MONEY by WITH SATELLITES

MONEY by WITH SATELLITES, a song about the crazy world we live in. Is everything corrupt?

You can get these cd's for free at any show...while they last!

Let them know that you want to hear With Satellites

Better yet, see us in person!

CHECK OUT A SHOW AND SAY HI!

Broken, by With Satellites 2021

Broken, by With Satellites 2019

Copyright © 2022 WITH SATELLITES - All Rights Reserved.